Anyone can have the look,

Close your eyes, you won't believe your ears!

Touch’d Too Much is a Santa Cruz California based band that recreates the energy and sound of Bon Scott era AC/DC.

Touch’d Too Much has built a reputation as a must see band. The band has continuously earned fans and return engagements by consistently delivering nonstop, uncompromising, powerful performances, every time they hit the stage.

Yes! your eyes do not deceive you!  We are back to rock out with you all!
Sat Dec 3rd The Sand Bar Capitola 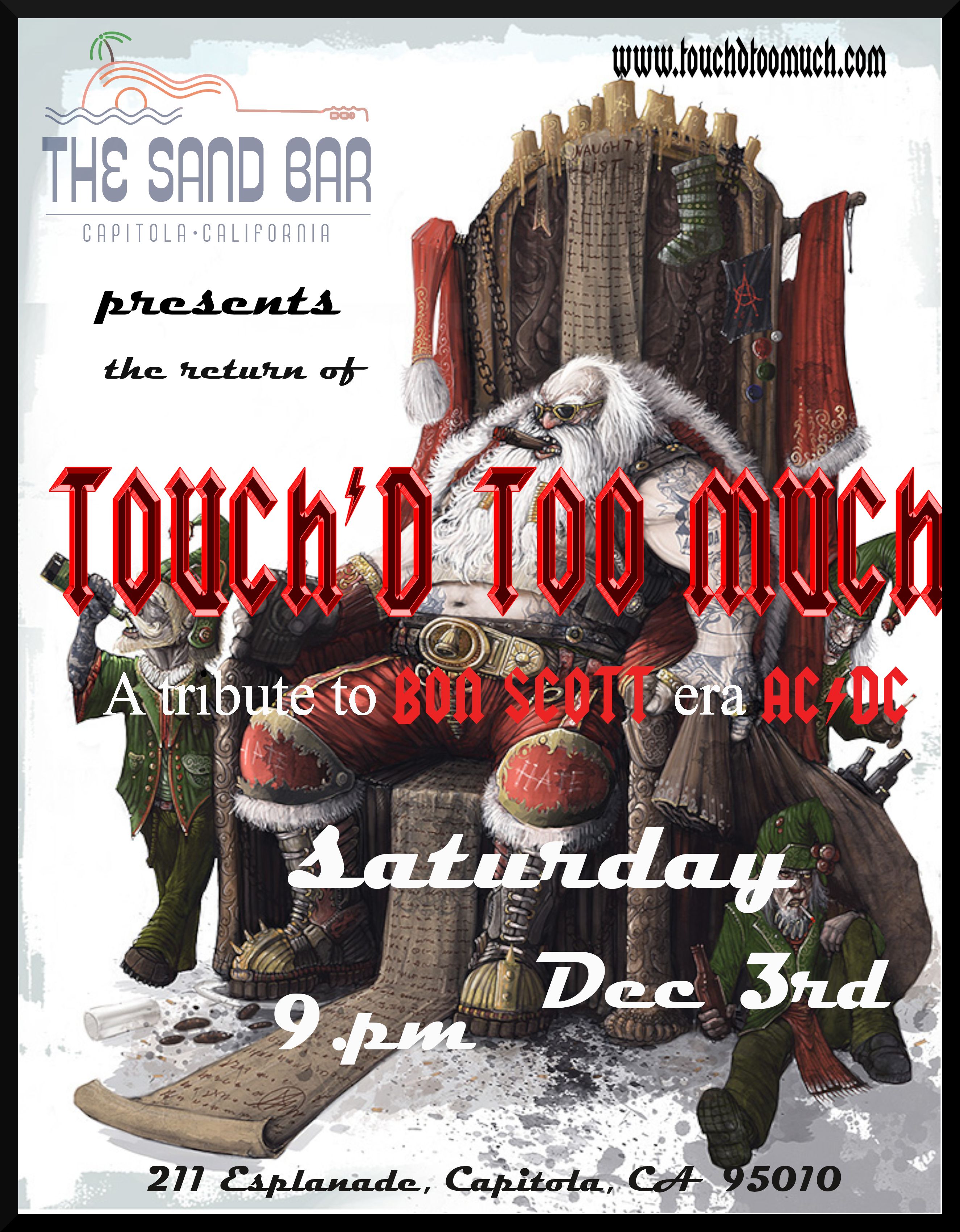 Stick around, more shows to be announced soon!

In addition to a full schedule of performances at many of their areas most popular live music venues Touch'd Too Much also performs at many major events and festivals.

♫  Ink at the Bay Tattoo Festival

Stop by a show...
Fans of Touch’d Too Much keep coming back because they know they will hear great music and see a great show. Touch’d Too Much takes pride in delivering a high energy, impromptu performance every time they hit the stage, playing all the Bon Scott tunes everyone loves to rock to.

Touch’d Too Much invites you to come experience it for yourself.

"...they had the sound down note for note. They received the biggest applause..."
Steve Austin, Thunder Press
Thunderpress.net / Hollister Rally